That the Ryder Cup has become what it has – the third-biggest sporting event in Europe behind the FIFA World Cup and the Olympics – is no doubt due to the manner with which Team Europe have gone about righting years of US dominance. To the casual observer, the degree of mutual support that European team members have for each other has been evident for many years. Indeed, the Ryder Cup has done what no politician has managed to date: so unite Europeans of various countries under the one flag.

Even the spectators seem as one with their chants of “Eu – rope, Eu – rope” or “Ole, Ole”. Is there any other field of endeavour where European bonding is so evident?

Can the Americans create similar team spirit? Yes, of course they can, provided they employ the right leadership.

Golf’s top contest needs the US to succeed anytime soon to prevent interest in the US waning further. Nothing short of an outstanding performance in two years’ time will suffice.

But what of the Presidents Cup – surely US performance in those biennial match-ups counts for something? Not really. The Presidents cup is a PGA Tour plaything, designed with not much thought other than how to create more revenue. It is also flawed in its structure, as reflected in the one-sided results to date.

The Ryder Cup is jointly owned by the European Tour and the PGA of America. It was being played for well before the PGA Tour existed. When the PGA Tour formed in 1968, following an acrimonious split from the PGA of America, it took over ownership of the week-to-week professional tournaments. But much to the ongoing chagrin of The Tour, they had no major championship and no say in the Ryder Cup.

To offset this latter omission, in 1994 the PGA Tour set up the Presidents Cup: a series of golf matches between the US and a team representing the rest of the world, other than Europe. These matches are held in alternate years to the Ryder Cup. Of the 10 matches played to date, the US has won eight, the International team one, with one match tied. To repeat, the PGA of America runs the Ryder Cup in a 50/50 joint venture with the European Tour. The PGA Tour runs the Presidents Cup in a joint venture with itself. 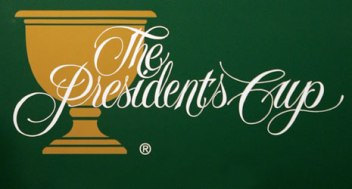 Unlike the Ryder Cup, where captains get to rest four of their players in each of the two sessions on the first two days, the Presidents Cup captains play all 12 players on days one and two. This in effect renders the International team uncompetitive as their player depth is far from that of the US. The PGA Tour knows this full well, as do various International captains who have long complained about the format. The ability of the International team to influence any outcome is limited, as The Tour retains full control.

One other difference in format is the fact that the Presidents Cup is scheduled over four days and involves 11 fourballs, 11 foursomes and 12 singles, offering a total of 34 points. The first team to register 17.5 points wins. This compares to the Ryder Cup format of eight fourballs, eight foursomes and 12 singles, offering 28 points and played over three days.

This means the Ryder Cup captain has a greater challenge in manoeuvring his players over the first two days. Who to rest and how to manage that player’s ego can be a major test of a captain’s leadership. How it is done certainly affects the locker room – as Phil Mickelson will attest.

The Tour’s decision to play their Presidents Cup over four days is driven by the desire for additional TV coverage, and increased revenues. Their problem, however, is that the outcome has become so predictable, no matter where it’s played, that it struggles for ratings. It is at severe risk of becoming a non-entity.

The Ryder Cup was set down as the next big tournament following the season’s last major – the PGA of America’s PGA Championship. Such scheduling allowed the game’s elite some rest before the tournament, but equally importantly, the weather in certain parts of Europe can turn nasty from mid-September. This year, up in Gleneagles, Scotland, organisers got lucky. No so in Wales back in 2010, at Celtic Manor, where inclement weather forced an extension into Monday.

And the reason for the Ryder Cup being played so late?

The PGA Tour wanted to extend its season. They did this by introducing the bonus-driven Fedex Cup four-tournament playoffs, where the winner receives an extra US$10 million. The fact that such an arrangement ran contrary to the wishes of Ryder Cup organisers wouldn’t have worried the ratings-driven Tour in the least.

Many in US sporting media have called on those responsible for President Cup success to be involved in Team USA for the next Ryder Cup. Such ignorance is appalling. Next we’ll have three-time Presidents Cup Captain Fred Couples running the show. Please!

The Ryder Cup has become golf’s Hunger Games. For this fabulous tournament to continue in similar vein, it needs Team USA to become competitive, and soon. Suggesting the answer may lie in the way the PGA Tour manages its Presidents Cup is not the answer.

Born in Wellington, New Zealand over 60 years ago. Introduced to golf - Thailand style - in 2004 and never recovered. I believe Thailand, Pattaya particularly, offers a unique and wonderful golfing experience for all golfers, whatever their handicap. If I can help embellish that experience, I will.
View all posts by golfnutter →
This entry was posted in Ryder vs Presidents Cup. Bookmark the permalink.